Key takeaways from The Ride of a Lifetime by Bob Iger

Ride of a Lifetime starts with two horrific tragedies. First, the Pulse night club shooting in Orlando, Florida, which happens while Iger is attending the grand opening of Disneyland Shanghai. We learn that the shooter had initially targeted Disney however security had scared him off.

On the same Shanghai trip, a 2-year old boy, Lane Graves, is killed in an alligator attack at Disney. Defying instructions by his legal team, Iger reached out to the family and made a promise to the father the boy’s life would not be in vain. Iger responded by building a fence and increased warning signs just 24 hours after the attack. This is one of the first lessons from Iger, as CEO of a company, you need to take responsibility.

END_OF_DOCUMENT_TOKEN_TO_BE_REPLACED

Guide to London: Your first 24 hours

You’ve just flown for 8 hours from the USA and now you’ve arrived at London’s Heathrow airport. More than likely you’re caught in the immigration line, a rude welcome to England. How can you get to the center of the city? What’s your next move? What should you expect? Let’s get started with your guide to London.

Getting into central London from Heathrow Airport

There’s a few different ways to get into London from Heathrow airport. You get your mix of comfort, cost, experience.

Let’s hope you slept on the plane ride over. If it’s your first time traveling abroad, I’m going to guess you didn’t. Luckily we have adrenaline on our side and that’ll keep you going throughout the day. In our guide to London, we’re going for efficiency; a way to hit the tastiest bits of London without spending all your time on the tube.

END_OF_DOCUMENT_TOKEN_TO_BE_REPLACED

Why Italy needs to be your first trip post-COVID-19

In 2020 the world was smacked in the face by COVID-19. Freedoms we took for granted on a daily basis – the ability to see friends, eat out at restaurants, attend live sports, and especially, travel – were limited. As much as I love post-apocalyptic fiction, I don’t ever want to live through that again.

When I say Italy needs to be your first trip post-COVID-19, that’s honestly a bit tongue-in-cheek. I would love for Italy to be your first trip you take, but I’ve learned over the past year that even a trip to a mid-western city 3 hours away can be a delight. So I encourage you to use Google Flights, monitor Spirit’s $9 Fares, watch Frontier’s Discount Den… do whatever you need to do to find cheap flights, and take them.

Once you are ready to travel internationally, Italy should be at the top of your list.

Why Travel to Italy?

Simply put: Italy has something for everyone. Food, architecture, history, religion, art, even beaches. And I’m sorry to the French out there, but Italian wine is the best in the world. Chianti must be experienced with every meal.

END_OF_DOCUMENT_TOKEN_TO_BE_REPLACED 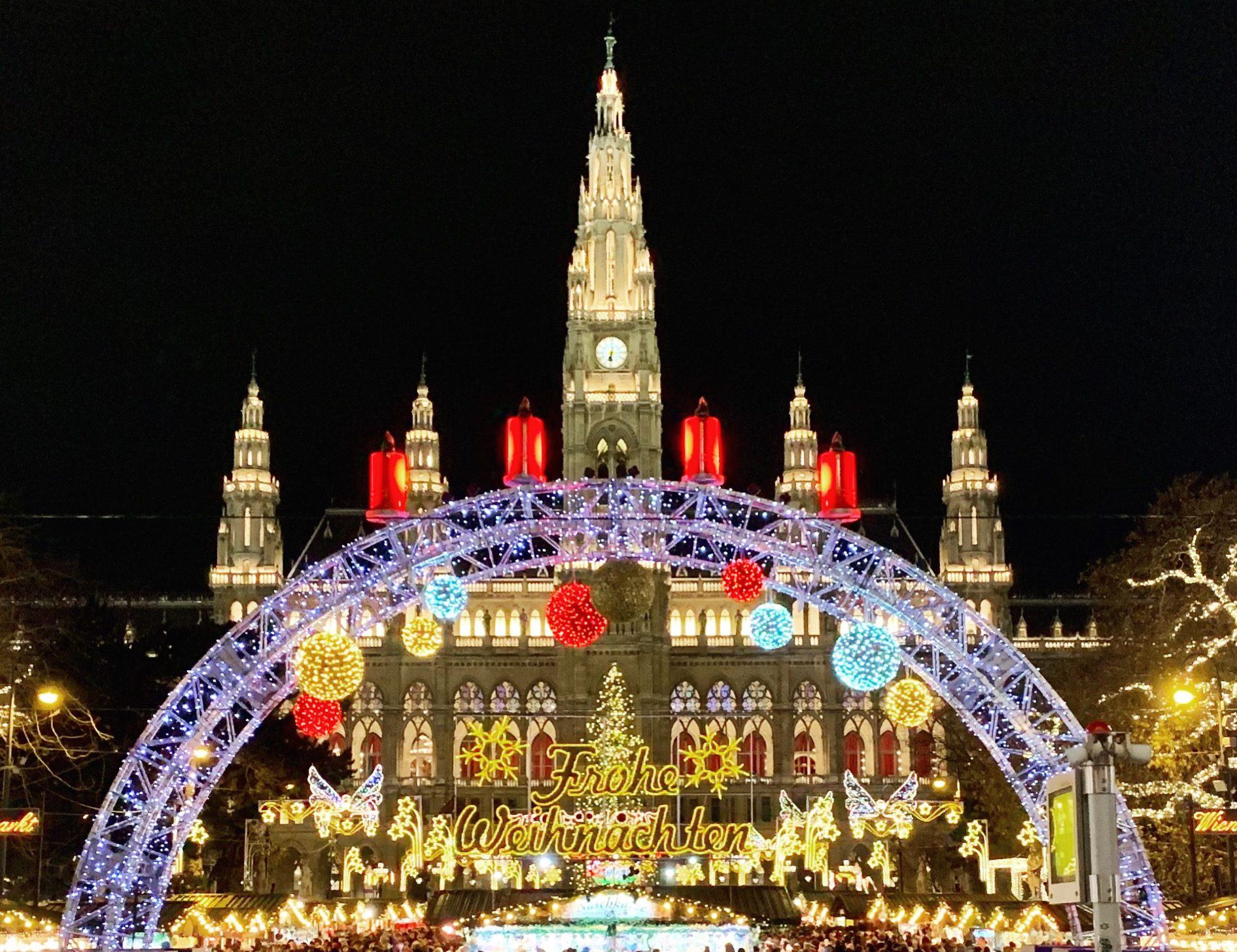 Don’t look now but we’re only three months away from Christmas. And while we Americans won’t be doing any travel to a European Christmas Market this year, I’m hopeful – beyond hopeful, actually – that we’ll once again be invited across the pond some day in the future.

What’s the magic of a Christmas market? Growing up I was used to an ice rink in Cleveland’s Public Square, and a few reefs placed around the city. But nothing compares to the magic of a European Christmas Market.

END_OF_DOCUMENT_TOKEN_TO_BE_REPLACED

Digesting my thoughts from Shoe Dog, by Phil Knight. 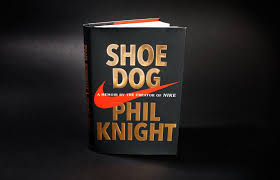 Reading Shoe Dog, I’m early-on reminded of Malcolm Gladwell’s 2008 book, Outliers. In Outliers, Gladwell argued there were many key external factors that helped propel some of the world’s most successful people forward. The most notable being the success of Bill Gates, who had an unusual amount of access to a computer at a young age. Gates, with this access, was able to gain more experience coding than his peers were capable of.

I can’t help think about how many chances Knight had to make Nike a success. How many bailouts did he receive from family, and friends? How many connections did he use to grow the business? It’s not that he didn’t work hard, but there was always a solid “floor” if things went awry.

… and perhaps this is a credit to Knight. How many (now successful) businessmen out there are humble enough to admit to their mistakes? How many would admit the amount of support (re: financing) provided by their parents? Another reviewer on Goodreads suggested another name for this book could have been “Buck Naked” with the way Knight shared all. And after Shoe Dog, I think Buck Naked would’ve been the second best title for this book.

END_OF_DOCUMENT_TOKEN_TO_BE_REPLACED

A lot of people use the terminology lead, contact and account interchangeably in regards to prospects in their CRM database. However when it comes to Salesforce, there are actual differences in the three. Differences that may result in some confusion, and as a result you may not get the functionality you expect in certain situations.

To start, I’ll explain the differences.

END_OF_DOCUMENT_TOKEN_TO_BE_REPLACED 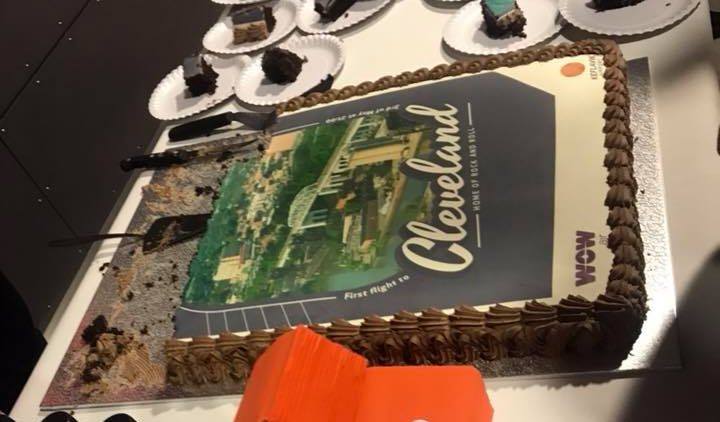 Update: Unfortunately WOW filed bankruptcy March 28th, 2019, ending the flight between Keflavik airport and Cleveland, Ohio. Icelandair has likely ended the flight permanently as well, initially due to the Boeing 737 Max airplane grounding. It is possible the flight could restart, however it seems unlikely at this point.

It’s been since 2009 that Cleveland had a transatlantic flight. Signs weren’t positive that we’d see another any time soon, especially after the de-hubbing of Hopkins Airport by United Airlines. But after nearly 10 years, in 2017, Hopkins was awarded with not one, but two airlines deciding to serve Cleveland with a transatlantic flight. Iceland Air initially made their announcement, then shortly after WOW Air announced, they too, will serve Cleveland with European flights through Reykjavik, Iceland. WOW, despite making the announcement after Iceland Air, launched service first. Iceland Air will launch later this month (May 2018).